Bill Kelleher
April Kelleher is a female civilian of New York City and a notable survivalist during the Green Poison disaster. Her current whereabouts are unknown.

Prior to the release of the Green Poison, April lived with her husband Bill Kelleher in Brooklyn. The day the Manhattan quarantine was put in place, she went to visit her husband at his work, where she witnessed him gunned down in the street in front of his office in what appeared to be an organized hit and was carried out by militia forces. Unable to leave because of the quarantine, she went to the closest people she knew and has roamed the borough ever since.

In order for her to maintain control over her situation and sanity, April started writing in a survival guide entitled “New York Collapse: A Survival Guide to Urban Catastrophe” that she had received as a birthday gift from her husband, turning the book into her own impromptu diary. The book contains her thoughts as they come to her and her experiences while trying to survive in this new world. She writes about her anguish at the loss of her husband and confusion at the circumstances of his death, observations about how the city fell apart and what parts of the guide ring true, as well as her encounters with other characters, most notably first wave Division agents such as the rogue Aaron Keener, and Doug Sutton of Noble Squad, who saved her life after she was kidnapped by a group of Rikers. The scattered pages of this survival guide/diary can be found all over Manhattan, each one accompanied by a small portable radio she presumably left behind.

April has a category of ECHOs dedicated specifically to her, as there are several ECHOs dotted all over Manhattan that feature her in various situations.

While there are no explicit records of it, it is implied that at some point, April braved the Dark Zone itself, armed with a shotgun and intending to find someone named Merch. It was even revealed that at this point, she encountered the infamous Rogue Division Agent Aaron Keener, who after inquiring about her and her equipment, sarcastically wished her luck.

April's first entry in her diary was dated December 3rd, and her last was January 7th. While her exact condition is unconfirmed by the events of the player character's timeline, the New York Collapse book (available as a hard copy) describes how she had contracted an illness that may or may not have been the Green Poison, survived it, and was invited by medical personnel to have her blood samples taken.

With the release of 'Division shields' an audio recording of April Kelleher and a JTF officer arguing at a Dark Zone checkpoint confirmed that April entered the Dark Zone alone to find "the proof she needs". (Unlocked through the "Hazard" shield).
*SPOILERS AHEAD FOR THE BROKEN DAWN NOVEL*

April finds Merch, and he tells her that her husband, Bill Kelleher, was working with a class of vaccines known as Broad-Spectrum Antivirals (abbreviated as BSAV), a type of vaccine that could help fight against all strains of the Green Poison. This led to him being killed for his involvement by a yet unknown faction. Merch then tells April that there is a lab in Ann Arbor, Michigan that is currently working on the BSAV and has worked with Bill in the past. April sets off to get to this lab.

Along the way, she runs into various different groups. Many of them are friendly, but some are not. When she is nearing Ann Arbor, she is rescued by SHD Agent Ike Ronson from a group of criminals. She and Ike camp out in a rooftop café and are found by another SHD Agent, Aurelio Diaz. She reveals to Ike and Aurelio why she has made the trip from Manhattan to Ann Arbor and the next day, all three of them head to the lab.

Once inside, they are told by head researcher Kavita Chandrasekhar that the lab did in-fact make a sample of the BSAV, but had sent them off to Washington, D.C. for use in the government. April continues to talk to Dr. Kavita when Aurelio knocks out Ike and warns the group of an incoming attack. It is revealed that Ike has been working for the Black Tusk as a double agent. April and Aurelio barely escape through the forest nearby. They split up with April heading to D.C. in order to inform the SHD Agents there of the events that transpired as well as the existence of the BSAV. She also agrees to let Agent Diaz's kids know that he is alive, as they are in a settlement in D.C. at the time.

As seen in the ECHO X, April Kelleher is alive and well at the time of the game. She has an encounter with members of the BTSU while she camped on top of a building.

Dear Diary: It's December 3rd and you're not a diary and I'm stuck in Manhattan with a dead husband and no phone and suddenly I'm feeling lucky that I have good shoes and a pen and a friend I can crash with tonight. I think. If I can find her. This is really bad, Diary. Getting worse. Talking about it doesn't help, but maybe writing about it will. Bill is dead. Not from the bug, someone killed him. For his work, I'm sure. I'm going to find out why.

I called the homicide squad and asked about Bill. They don't have any record of an incident at SBGx, or Sequent Biotech Group - it took me a minute to remember the company's full name. I told them what had happened and I don't think the desk officer, or whoever was on the phone, believed me.

More people are sick today. A LOT more. DCD consultants are all over TV + radio telling everyone all the standard stuff. Avoid crowds, don't panic, if you're sick stay home, don't go to the hospital unless you really have to. The mayor made a statement too. Nobody seems to know what this sickness is, but it moves fast. A lot of people have already died of it.

The quarantine on Manhattan is clamping down even tighter. There are National Guard barricades on all the bridges and at the mouths of the tunnels. I walked to the approach of the Williamsburg Bridge, and Delancey Street was completely blocked off at Forsyth. They've got big Department of Corrections buses parked across the lanes. I saw one person get through and start running up the bike path. The National Guardsmen actually pointed guns at him but their officer told them to stand down. He said there was another barricade in the middle of the river.

I found a cop and told him what happened to Bill. He took a report but said everything was overwhelmed with the epidemic. I said, "Well, someone must be investigating murders, right?" He looked me right in the eye and said, "Not right now. If I were you I'd go home, write down everything you remember, and get back to us when this settles down." I couldn't believe what I was hearing. "My husband was murdered!" I said. "Lady," he said, "I'm very sorry for your loss. Nine hundred people died of this disease just in Manhattan yesterday. Every spare uniform is guarding the hospitals to stop them from being overrun. I wish I could help you more, but that's just the way it is. Now go home."

So I did. I mean, I went to Eva's. I wish I could go home. I've been up since then thinking about Bill, trying to do what the cop said. Write down everything you remember. So here goes...

I can't stop thinking about Bill. That's natural, right? Even when people are dying by the thousands? He was mine, he was my only family and the only person who really knew me in the whole world, and he's gone. Someone murdered him. If it was just a street crime, I could understand that. But a squad of hit men came after his lab. They killed him on the street while other people were trying to rescue him. Who are they?? Why are they leaving me alone?? They owe me some kind of explanation. Who was the other man in the car? He wasn't one of the ones with guns. He looked terrified, and when he saw me I think - am I making this up?? - I think he recognized me. No, I'm not making it up. He looked right at me. You can tell when someone recognizes you. Who is he? One of Bill's colleagues at the lab? His boss? WHO??

JTF pushed out of Hudson Yard, down into Chelsea. Rikers Gang, some rogue military elements going after them. Rikers completely in command of everything up near Hudson Yards, spreading up into Hell's Kitchen. The Dark Zone is completely walled off now, concrete and barbed wire. From what I hear it's like the end of the world in there. I haven't been north of 50 in a couple of weeks, since I had to sneak out on the Red Cross truck. The only thing that would get me to do it is if I found Merch. It'd be just my luck if he's hiding out in Harlem. 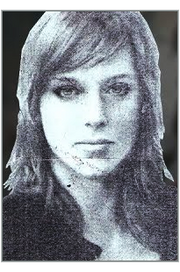 April's Survival Guide
Add a photo to this gallery

Retrieved from "https://thedivision.fandom.com/wiki/April_Kelleher?oldid=43118"
Community content is available under CC-BY-SA unless otherwise noted.