Mobile Cover is a Security skill appearing in Tom Clancy's The Division.

Creates a temporary cover for one person, which provides standard cover until destroyed.

Extension also increases threat for players behind it.

The cover is fitted with explosives on the front damaging targets in that direction.

Gain increased damage while behind cover and makes you invulnerable to pulses.

When the shield is destroyed from incoming damage, any allies behind it will receive temporary damage resistance.

Max Cap for all Mobile Covers 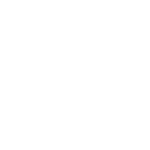 A Division agent firing a First Wave Vector 45 ACP from a Mobile Cover.

The Extension Mod of the Mobile Cover. 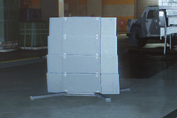 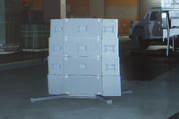 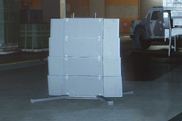 Countermeasures Mod - Note the antennas on top of the cover.

Mobile Cover attachment to the backpack when the skill is equipped.
Add a photo to this gallery
Retrieved from "https://thedivision.fandom.com/wiki/Mobile_Cover?oldid=52340"
Community content is available under CC-BY-SA unless otherwise noted.