View source
watch 01:04
What is the Dark Zone?
Do you like this video?
Play Sound

The Dark Zone is a large untamed region in the heart of Manhattan, quarantined from the rest of the already-quarantined borough. This "no man's land" is filled with countless bodies, some of the most ruthless and dangerous enemies in the city, and lots of abandoned hardware and gear left behind by the authorities who couldn't maintain control. Only those Division agents courageous enough and well-equipped enough should consider braving the region to recover the equipment still inside, assuming they don't run into any of those who have disavowed The Division.

In Tom Clancy's The Division, the Dark Zone billed as the most dangerous region in all of Manhattan - passes as the game's "open Player vs. Player (PvP)" zone. Player vs. Environment (PvE) content includes dealing with some of the most dangerous NPCs in the game roaming the zone, recovering the top-grade gear and tech left behind in the zone and extracting it safely. However, the Dark Zone is also where players can go Rogue and attack each other, with surviving manhunts and sabotaging item extractions providing their own rewards. The Dark Zone also serves as the location for a couple game modes, like Last Stand and Survival.

Originally this quarantine zone in the middle of Manhattan was heavily patrolled by the Joint Task Force and was created under the Government Order to ensure that those infected with the Green Poison virus could be contained.

However, the growing number of riots and supply shortages forced them to pull out, leaving behind much of their valuable gear, and abandoning many of The Division's First Wave of agents to fend for themselves. The Dark Zone is now mostly empty, lawless and basically an isolated zone; outside communication is limited, and dangerous gangs roam the streets in brutal conflict, fighting over the remainders. Many of New York City's iconic/famous landmarks are in the Dark Zone; the Empire State Building, Rockefeller center, Radio City Music Hall, Carnegie Hall, the Plaza Hotel, and Trump Tower.

The Dark Zone is the only location in which players can roam solo or in a group in an openly PvP environment without major limits, such as time limits or limited lives like in the Survival and Last Stand modes. In the Dark Zone, players will be able to complete special missions that offer the best loot in the game. However, loot acquired in the Dark Zone must be extracted and decontaminated before it is fully usable.

The Dark Zone has many large contaminated areas that require a level 4 filter. Mostly, these are the old underground subway stations or malls. Cleaners typically roam theses areas, whereas the Rioters, Rikers, and LMB roam the surface. Within these contaminated areas, however, are Dark Zone loot crates. Most require DZ level 20 to open.

Landmarks are locations throughout the entire Dark Zone that can hold noteworthy loot, along with the deadlier enemies that'll try to gun anyone down who tries to take it. On occasion, a second wave of enemies, with another Named enemy, can spawn at a landmark, providing more dropped loot. Many landmarks have SHD crates, as well, that contains better gear than those that lie in regular crates. SHD crates require a Dark Zone Key to open, though, and all loot acquired from these are contaminated and must be extracted.

Upon clearing a Landmark, you will receive one decontaminated item. It is sent directly to your inventory, and does not need to be extracted. This means you can equip/use this equipment immediately should it be better than one currently equipped.

Since communication to the outside is extremely limited, to start an extraction, players must go to a designated extraction zone and fire off a flare to notify JTF for pick up. Once fired, it'll take a total of 150 seconds to complete; 90 for the copter to arrive, and 60 for it to complete the extraction. Any players nearby will be alerted of the call for extraction by the loud and obvious sound the flare gives, along with HUD and ISAC notifications.

Once the extraction has started, a group of NPCs will spawn, mostly regular squads, but occasionally spawn with a Heavy-type enemy, and will attack the extraction party. Players have been known to use extraction zones for other purposes, though, such as diversions to distract rogue players so they can safely extract in another location, lure other players in to ambush them, or simple NPC farming.

When the helicopter arrives, a cable line will descend out of the belly of the chopper. It drops in approximately the area where the flare was fired, and is drawn back up 60 seconds after being dropped down. Up to 4 players can then attach their contaminated loot to the cable for it to be taken off for decontamination. Other players are given the option to cut the cable, however, disbanding and scattering all attached loot in various locations around the extraction zone. Doing so will make the player doing said action immediately go rogue, notifying all nearby players, and almost always ends in a standoff.

When the extraction is complete, all loot on the cable will be pulled into the chopper, taken off to be decontaminated and placed into the players stash under the "Extracted" tab. Players can retrieve the gear from their stash at Safe Houses, the Base of Operations, or Dark Zone Checkpoints. Note that the stash for Extracted DZ loot is limited to 30.

When players reach level 30 (outside of the Dark Zone), the NPC enemies become level 30-34, depending on the players World Bracket (from 1.4 onwards). NPC levels scale with the World Bracket selection, consistent with the open world. If one player in a group is level 30, or on a different gear score bracket, that player will be separated from the group due to the Dark Zone's Player Bracket system. Being a brand new Level 30 also adds a bit of suspense when going solo in the Dark Zone. Assuming that the player does not have any good weapons or gear. It should be noted that, while a players' World Bracket can be changed by the player, the player may not change his Gear Score bracket.

Added in with Update 1.1, Supply drops now occur periodically inside the Dark Zone. This is an event in which a V-22 Osprey drops 1-2 supply crates randomly in each section of the Dark Zone. The contents of these crates vary between gear, attachments and weapons, all of which are already decontaminated, meaning they do not need to be extracted and are immediately placed in the players' inventory. If the players inventory is already full, the items will be placed in the player's stash and can be retrieved later.

When the event begins, aside from the HUD and ISAC notifications, the player can hear and see a V-22 Osprey fly directly over the Dark Zone. After the aircraft has left, the player can check their map for the locations of the supply drops. Supply drops are marked by a yellow package icon with a parachute, and will self-destruct 5 minutes after landing. Players should take caution when attempting to take the supply drops, as each drop will have a squad of elite enemies being led by a named elite guarding them. The yellow supply drop icon also turns red when a player attacks the elite enemies, which can be seen by all players in the Dark Zone.

To take a supply drop, it is extremely recommended, but still optional, to kill the elites guarding the drop. Then the player can simply go up to the crate and hold the action button to claim it. If the player has squadmates, all players in the squad can earn the rewards as well, but must be near the crate when it is opened to collect them. Any players that are not in the squad that has captured the crate, regardless of their distance to the crate, will not get the rewards. Which means if the agent and their squad kill all of the elites and some random person comes up and opens the crate before the agents squad does, the random person will get all of the loot, therefore stealing the agents crate. After the crate has been claimed, it will begin a self-destruct sequence and countdown to detonation. The explosion radius will be shown on the ground around it, similar to a grenade, and will deal only minor to moderate damage to players in its vicinity.

Added in Update 1.6, Contamination Events occur around every hour, and is located at every underground contamination zone and lasts for 10 minutes. When the event has started the players will be notified, and the areas will be marked.

After 3 minutes of critical contamination, the contamination level will decrease back down to Level 5. While this is still above the filter level players have, since the highest filter is level 4, it is no longer lethal. The filter will still fail, but now the player's health will drain, similar to the previous Sickness Directive in Underground, instead of outright killing the player. However, this effect is more potent, so healing skills are recommended.

After this point, two named Incinerators will appear in the area, along with some Elites. 4 to 6 enemies can spawn at any contaminated area. Eliminating the threat will reward you with 3 High-end or Gear Set items, along with loot dropped from the Incinerators.

These areas were added into Tom Clancy's The Division in Update 1.6, and are playable in the base game. In Survival, however, these areas remain locked currently. Note that almost every enemy in DZ North is an Elite or Named enemy. The exception to this are Landmarks, which may spawn multiple waves of enemies, or calling Extractions. In these cases, there may be Veteran enemies.

A group of Division agents exploring the Dark Zone

Three Division agents aiming their weapons in the Dark Zone

Three agents holding up another agent at gunpoint

An agent beginning a cargo extraction

A Rogue agent sighting up on an agent

A Division agent attempting to hijack an extraction

A team of agents defending their position at an extraction zone

A Division agent cutting the extraction rope, hijacking the operation 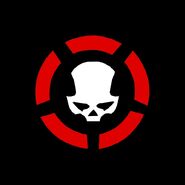