The Division Wiki
Register
Don't have an account?
Sign In
Advertisement
in: Enemies, NPC, Factions,
and 2 more
English

View source
watch 02:00
Who is Rogue First Wave Division Agent?
Do you like this video?
Play Sound

Survive and/or eliminate The Division

Rogue Division Agents are former Division agents who disavowed the Strategic Homeland Division for one reason or another, and has either lent their services to another faction such as the Last Man Battalion or are working on their own, both cases working against The Division itself.

For an agent, to turn their back on The Division is to commit treason against the United States federal government; yet, it is the freedom and relative autonomy with which agents operate that gives them the potential to turn renegade. Most rogue agents are presumed to have come about following the Joint Task Force's disastrous handling of the Dark Zone. The most prominent and dangerous of these rogue agents is Aaron Keener.

During the New York City outbreak the JTF failed to handle and control the quarantined center of Manhattan known as the N.Y.C. Dark Zone. The result was the JTF pulling out of the Dark Zone completely, leaving behind large quantities of valuable equipment, First Wave Agents, and any hope of re-establishing control of the area in the lawless area. The event embittered First Wave Agent Aaron Keener into going rogue as he began to lose faith in the government. Keener then began recruiting other First Wave Agents into going rogue and joining him, persuading the agents about the government's decision to abandon the Dark Zone as a "betrayal". In a recording, Aaron Keener described his chances in recruiting other agents as a "one-in-three" success rate, suggesting that at least one-third of the surviving First Wave defected to Keener's side. Under Aaron Keener's leadership, they later supported the Last Man Battalion dominance.

Much like in N.Y.C., the government's deteriorating control over the nation's capitol made other agents begin to lose faith in the government and any hope of bringing order back. Various ECHOs and phone recordings reveal that some agents went rogue by resorting to banditry or peacefully went A.W.O.L. to go home (possibly to protect their friends and family). Rogue Agents are easy to spot as First Wave Agents, due to their unique Rogue piece on their chest and one strap backpack, instead of the two strap backpack that D.C agents have.

With the release of Warlords, a new Seasonal Manhunt system was implemented to track down and eliminate rogue agents within both N.Y.C. and D.C. limits. In addition to the named enemies who have manhunts active against them, various unnamed rogue agents may appear in any activity following the completion of the campaign. They are named enemies, who have a large amount of health and armor, as well as access to improved versions of SHD tech that the player uses. This includes healing abilities, so it is recommended that players EMP these agents when possible.

A Rogue Agent will carry one weapon such as a shotgun (SASG-12), Assault Rifle, (ACRs) or and SMG (AUG) Along with lots of weapons, they have Division technology such as Seeker Mines and Turrets. They can also hack the player's turrets and Seeker Mines and turn them against the player who deployed them. When fighting one, keep your distance and watch out for the Seeker Mines they deploy, in addition to EMP Grenades that they will throw at you. The best weapon to use against one is either a sniper rifle, SMG, or an assault rifle.

Most rogue Division agents will use the base Seeker Mines and Turrets. Seeker Mines are deployed at their feet, which means you can completely avoid them by being on higher ground where there are no stairs. Their Turrets can be thrown as well. Both of these skills are very small and hard to hit, much like an agent's own. Named rogue agents, or agents in legendary missions, can use different skills such as First Aid and Sticky Bomb, so be aware and alert for anything. In particular, their Sticky Bombs will explode very shortly after they land at the designated position marked by the red circle that appears where it will land, so move quickly if you see an RDA using one.

With Warlords of New York, Rogue agents use similar tools to Division agents, such as Drones, Chem Launchers, and Hives with a number of skill variants at their disposal. They also come equipped with a variety of weapons as well as 4 armor kits. 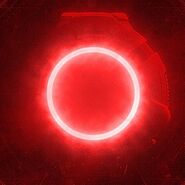