When used, an agent activates a small rounded mine and throws it (or drops it at their feet); the mine will immediately lock onto the closest enemy target in range and roll along the ground in their direction. Once in proximity, the mine will immediately detonate in an explosion for damage or another effect. The Seeker Mine has a few settings that the user can program into the Seeker Mine to create a variety of effects.

Seeker Mine in Tom Clancy's The Division Edit

The Seeker Mine serves as a Tech

The Airburst Seeker Mine will no longer explode for a burst of damage when in proximity. Instead, the mine will release chaff into the air, unleashing a large field of flames that will burn anyone caught in its radius.

The Airburst is colored in a bright 'hazardous' yellow tint.

Instead of blowing up for damage when in proximity, the Gas Charge Seeker Mine will explode into a cloud of tear gas, similar to a tear gas grenade. The cloud will disorient anyone inside its field, even the mine's user.

The Gas Charge mod is colored in a camo green tint.

The Cluster Seeker Mine, when released, will split apart into four smaller mines that can seek multiple targets at the same time. Each individual cluster piece, when detonated, explodes for damage - not as much as the baseline mine - and causes the enemy to bleed.

The Cluster mod is colored in a black tint. The same goes for the base version of the mod.

The Seeker Mine can more easily traverse cover and obstacles in the field and reach its target with a more direct path, shortening overall travel time and preventing the mine from getting stuck somewhere.

Seeker Mine in Tom Clancy's The Division 2 Edit

A Seeker Mine in active mode.

An E3 2013 gameplay screenshot of a player deploying a Seeker Mine. 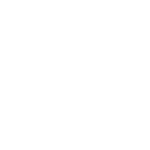 A close up of the Seeker Mine

The bag of Seeker Mines attached to the backpack when the Skill is equipped.

An agent deploying a Seeker Mine.

An updated version of the Seeker Mine in The Division 2.

A Survivalist agent deploying an Airburst Seeker Mine

Add a photo to this gallery
Retrieved from "https://thedivision.fandom.com/wiki/Seeker_Mine?oldid=43769"
Community content is available under CC-BY-SA unless otherwise noted.