The Division Wiki
Register
Don't have an account?
Sign In
Advertisement
in: Skills, Abilities, The Division,
and 2 more

The Turret is a Tech

It is a piece of SHD Technology which serves as a skill utilized by the Division Agents.

Base values for the Turret at Level 30

The Base Turret model. 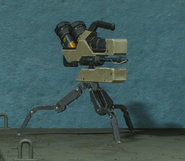 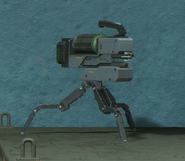 Turret attachment to backpack when skill is equipped.

An agent has deployed their flame turret.

An agent using his turret.